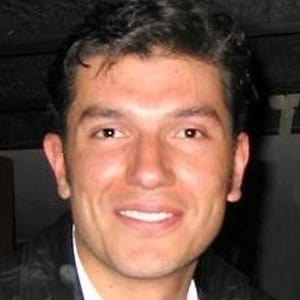 Indian Spirit uses Novomatic’s usual five reels displaying three windows each, and the player can bet on between 1 and 20 pay lines. Possible bets per line range from 2 to 500 coins, and the prizes listed below in coins must be multiplied by the line bet to get the true prize for a particular combination. Also in keeping with most Novomatic titles, the music is a standard noisy casino slots jangle of bleeps and bells, in no way related to the theme.

Although Indian Spirit uses the ubiquitous poker icons 10 to A for its low-value prizes, the designers have been careful to add theme-related touches to them. They are fashioned as letters of rawhide in various colours, bound with strips of leather and gussied up with beads, feathers and painted designs. 10s, Js and Qs win equal-value prizes for the same matches, as do the Ks and As. For five of a kind, Ks or As will win 200 coins.

A fire in a starlit forest and a brave on a nocturnal canoe trip are the medium-value symbols, each paying 20, 100 or 400 coins for three, four or five matches. A crossed tomahawk and war club icon wins 40, 150 and 500 coins for the same combos, respectively. The Indian Spirit Chief, in his feathered war bonnet, needs just two matches from Reel 1 on a pay line to win. This symbol also stacks, filling two or all three spaces on the reel. When adjacent stacks start appearing from Reel 1, major wins can result. The Chief wins 10, 40, 200 or 1,000 coins for two, three, four or five matches.

Instead, it is confined to the role of substituting for any of the eight ordinary symbols, helping to create more or longer winning combinations. During the bonus free spins round, however, a number of extra Wild icons are added to the reels, to increase the round’s winning potential.

There are no special bonus screens on Indian Spirit, but it does have a free spins round triggered by a Scatter. The Scatter is a soaring bald eagle that appears only on Reels 2, 3, and 4. It too does not follow the lead of several other Novomatic slots, in that combos of two or more Scatters do not win instant coin prizes on their own.